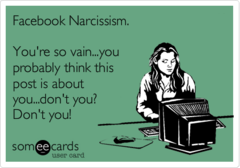 The dumbest phrases in the English language often begin with "you probably think...".

When someone begins with that phrase, I usually give them a warning, and if it happens again, I block them.

What that phrase actually means is, "I don't know what you think, and I don't care or I would ask you, I just want to grandstand and tell others what you think... because what you actually think is probably beyond my ability to argue with". Because if they cared about what I thought, or they had any interest in an actual conversation or growth, they would ask me what I thought and try to engage, instead of trying to disengage and provoke, by telling others what they think I think.

In truth, what "You probably think", almost always precedes a straw man fallacy.

A straw man is a logical fallacy where the debater intentionally misrepresents their opponent's argument (as a weaker or dishonest version), and rebuts said version — rather than their opponent's actual argument. The etymology comes from propping up an imaginary opponent, made of straw. And then the next thing they do, is burn it down in effigy.

Intentional strawmanning is usually done with a certain goal in mind, including:

But either is intellectually dishonest (known as a lie).

At best, the person is unintentionally misrepresenting the other side, and they're only guilty of ignorance... and sloth -- as for less effort, they could just ask, "what do you think about X", or "do you believe X"?

So whether it is malice, deceit, or just ignorance and sloth, it's not a good way to start a discussion with anyone, on any topic. And since I find that ignorant egomaniacs and discussion with liars, are a waste of time, there's nothing to be gained by talking with someone on topics that start with that phrase. You set the bozo bit.

When people start with, "you probably think...", if they're not dead on-target and representing me fairly, they get stern warnings first... then blocked, ignored, or virtually eviscerated. I consider it one of the rudest things you can do, ignore what someone might think, and try to talk over them, or inject your lie (bias) over their truth.

And them being "on target" virtually never happens. My closest of friends, or even spouse, is usually more off-target than on-target misses when they start with the phrase of "you probably think...". Virtual strangers on the Internet, have a much lower score.

So the quickest way to end a reasonable discussion with me is to say, "I don't want to talk about this", or "let's agree to disagree". But the quickest way to guarantee this discussions (and many future ones) will be ignored, is just start with the dismissive statement, "you probably think..." as cover for saying "I don't care what you think"... and I can guarantee I'll reflect, the "I don't care what you think" in kind. For that argument for sure, and maybe for all future discussions with you.