You broke it, you bought it 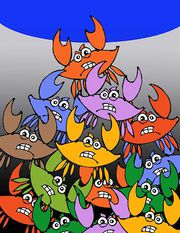 "You broke it, you bought it" is a bullshit (a fallacy) from the start. It makes society worse, and guarantees failure for both sides (outsiders and insiders).

In property rights, it is common sense. What isn't yours, isn't yours to break. Thus if you break it, you owe the owner a replacement.

This was used was in Iraq, but it applies to a lot more than that.

(1) The middle east and Iraq was "broken" for 1300+ years. We didn't "break it", because it is THEIR culture. Our job ended the day we ended a murderous tyrants regime. Everything after that was charity.

(2) The only reason we went in was because they'd "broken it" first. They had a murderous tyrant in charge, that was killing his own people, and killing neighbors, sponsoring terror, and violating the terms of the cease fire. That's 100% on them. So they broke it (their country, and their region), thus they bought into everything that caused. We should have sent them the bill for the war, and taken it out in resources. The fact that we didn't, is because of OUR charity -- not because of "our responsibility" or their lack of it.

(3) Blaming everything that happened after the war on the U.S. is a great political move for the U.S. haters -- but it hurts everyone involved. It absolves those committing the heinous acts of their responsibility. Do you think that will make it better, or worse?

Think it through on domestic policy: so because you're poor in Chicago and Democrats broke the city (or controlled it while it broke), that no one who commits a crime there is responsible for their own acts? "Someone else broke it, so nothing is our fault". Thus it's all the Democrats fault for breaking the city? Bullshit. It's the community/culture/individuals that's responsible for their acts, and fixing it.

Outsiders might try to help, but no matter who broke it (even if it was from the outside), it's the insiders job to make it better. It is their community (property) to fix, maintain, protect. Their laws to respect or ignore. Outsiders MIGHT be nice enough to try to help, if you're lucky. But they might just wall you in and let you burn your own place down.

Either way, if it's the outsiders "problem", then it's unlikely to ever get fixed or better. But if we hold the insiders responsible for bettering their own lives, they don't have the excuse of blaming their failures on everyone else. Once they accept the first rule of life (that life isn't fair), and that no one is responsible to help them more than they are responsible to help themselves, we can start the healing/betterment process. If they don't, then they are just graffiti'ing and polluting their own neighborhoods and complain about the city not doing more to keep it clean.

(4) Taking that flawed reasoning further (that it's all "someone else's fault, for breaking it"), no one is responsible for their own actions.

Basically, YBIYBI is the idea that no one is responsible for their actions years, decades or millennia later, because of original sin. (Sins of the father and all that). And that's a great way to point fingers and solve nothing. The truth is both sides bear responsibility for their actions. But ever day is a new day, and the question of the day is, “Forgetting about the past, where do we go from here?” The choices are make more conflict, or get over it and rebuild. Every day after mission accomplished, many chose more conflict, and that’s on them.

Following that philosophy, you become the middle east, where every tribe spends so much time trying to hold the other tribes down, that no one can get ahead. (Progressive utopia).

So I reject the premise. Mission accomplished was valid: we ended a tyrants regime. That mission was done. That was our responsibility to the American people. Finis.

Every death after that, all the strife/turmoil/costs, was the because of the failure of the Iraqi people to come together and rebuild -- not the U.S. And the U.S. did more to try to help them, they did to try to help themselves. The U.S. doesn't owe them anything, they owe us for the cost of the war, and the money/lives expended trying to help them make a better life for themselves afterwards. We're just nice enough to cancel their bill.

They went right back to their tribalistic ways of crab mentality -- all of them trying to get ahead by holding each other back (and fighting with each other), and blaming someone else for their problems, of not providing enough force to stop them from killing each other? We didn't cause the insurrection in their country, they did by failing to stop it. And as long as we excuse them for that, and blame ourselves, nobody has any incentive to make it better -- and you're no even being smart enough to point out the root of the problem. Which isn't you, it's them.

So instead of being Mommy, and giving them compassion and saying, "it's all someone else's fault" ("mean old, bad, bad 'merica"). Sometimes you need to be Daddy, and say, "well what did you learn" and "what are you going to do about it?" Once they accept responsibility for improving their own lives, and the actions of their own community, we can move ahead.