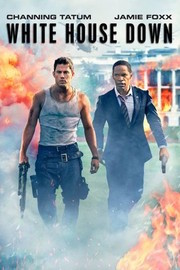 On one hand, it's just a younger prettier version of Die Hard in the WhiteHouse: Campy one liners, predictable plot, humor, actions, and entertaining. I would say, if you ignore the primary story-line, it's a pitch-perfect 4th of July film. On the other hand, you can't ignore it. They beat you over the head with it, then drags it's corpse around for 3 days.

If you don't figure out the campy-over-predictible plot in the first 15 minutes, with all the foreshadowing subtly of an air-horn in an elevator: then you're not nearly as cynical as I was. And as usual, my cynicism was not able to live up to the stupidity of hollywood.

The action was over the top, and continuous. But the actual daughter-dad and President-Hero, and Hero-Villain dynamics were die hards. But Bruce Willis's films weren't written by preachy anti-corporation and anti-Military-Industrial-Complex occupy-Hollywood types.

It was almost good. The filming and humor was funny... if they only removed everyone that was a granola-grazing patchouli bathing "crunchy" out of the story, and they weren't beating you over the head with hyper-predictable big reveals, I could have really enjoyed it.

The plot could be summed up as great Democrat President Obama (but more to the left of Pelosi), was disenfranchised by what the evil process/corporations turned him into, believes that if we remove our troops out of everywhere, we can sign a great peace agreement: because conflicts that have been going on in the middle-east for a couple thousand years are all our fault. Iranian leadership doesn't want the bomb, all the Arabs want to live in peace, and we're the only problem.

Gosh, why didn't I think of that? We'll pull out and they'll all sing Kumbaya around the campfires -- and it's the evil corporations and military that keeps perpetuating war for oil/profit.

Every bad cliche was in there. Their Rush Limbaugh being a sniveling crying moron. Only the peaceniks had a clue. All the bad guys were racist Tea Party folks and southern looking para-military folks. And on and on.

The dialog had wit. The story was written by people that aspire one day to be political morons.

So the movie wasn't horrible. It was almost good. But when I want an herbal high colonic filled with leftist dogma, I can read the NYT or watch MSNBC or CNN. I don't have to have it spoiling an otherwise gloriously stupid, over-the-top and yet entertainingly campy action film.

Thus I'd say pass, because you don't want to reward Hollywood for dumbing down plots like this, or they'll just keep doing it.