From iGeek
(Redirected from USA)
Jump to: navigation, search

Articles about the USA, a country with a rich history that many people know far less about than they think they do.

Here's a few articles on my Country: USA : 11 items

When the facts support your argument, you share the facts -- when they don't, some will resort to partial information (cherry picking), fallacies, or other deceptions.

The facts are, in murder rates: U.S. ranks #121 safest out of 218 countries, #4 safest out of 49 counties in our hemisphere, #19 safest out of 36 OECD countries, our drug/gang/crime problems have nothing to do with gun control, and more guns = less murder because it's dangerous to try to kill an armed person. This article contains the stats and facts, for those who care.

Man in the High Castle -

The premise of "what if the Nazi's and Japs won WWII" is a fascinating piece of alternate history. The premise exceeds the implementation for season 1: which turned in a mediocre spy thriller with a different backdrop. Season 2 is far more interesting and starts exploring what life and culture would be like, as well as the drama is more interesting. I'm hoping Season 3 continues the progression. Lies the Government told you -

Judge Napolitano offers a refresher (for political history buffs) of the 17th Amendment and some of the unintended consequences of progressivism: like the scope creep of the federal government once we removed the checks and balances that was the 17th. Iraq War - 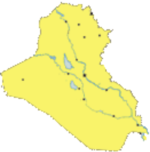 This covers many of the fallacies and bad arguments about the Iraq War. Disagreeing over the cost/benefits of a war is fine, ignoring truths because they get in the way of your agenda is not. Government and Society -

In 1776 Thomas Paine wrote the highly popular Common Sense to lay out why the Colonies should be self governed and independent from the UK. How popular was it? Relative to population it had the largest sale and circulation of any book published in American history. I'm interested mostly in Section 1, describing Government and Society. Franklin Delano Roosevelt -

FDR is taught as a liberal caricature of a great man and President. But most of the myths around him, are just that: myths. He was a man of some charm, with few strengths and many flaws. He focused power so that he could abuse it, corrupt, vindictive, liar (betrayed most that trusted him). He ignored the Constitution and his oath of office, many of the countries worst shames happened under his watch (and by his hand/guidance). According to those closest to him, he was a lousy diplomat, a poor administrator, not scholarly, nor thoughtful, well read or even bright. He was people smart (manipulator) that enjoyed playing people/groups off of each other. Other than that, he was likable, mercurial, and aloof. Dropping the Bomb -

The "defeated Japan” theory, and the idea that “the U.S. didn’t NEED to drop the bomb” is regularly regurgitated by folks like Oliver Stone (the alternative History professor) in articles repeated as News or History by leftist sources such as the L.A. Times. But those who know anything about the actual history of WWII, know better. This article sources a lot of the real history, instead of the fictitious one run by FakeNews outlets, and repeated by the left. Driving by watching the rear view mirror -

A common mistake I've seen businesses repeat, over and over again - or more accurately I've seen many companies do once or twice until they go out of business or the idiots doing it are fired, is to "drive by watching the review mirror".

Instead of analyzing and thinking, learning technology (and markets and customers), they decide, "someone else is doing it, and since it worked for them, it'll work for us".

I want to head-smack them.... and then point out the first rule of Italian racing; "what's behind you, is not important". You're not them, they're not you: different timing, resources, talents, markets, culture, personalities, and so on -- so crushing brilliant new ideas (e.g. my ideas) because that's not what someone else is doing, is just stupid. I have no problems being told "no", if you have an intelligent reason for it, and can back it up. But "that's not what everyone else is doing" is called a bandwagon fallacy, and isn't intelligent or support. So, "everyone else does it that way", makes as much sense to me, as driving while watching all the cars behind you. By the time they slam on their brakes or swerve (and you notice and react), it is already too late. I prefer to keep my eye's on the road, and not try to lead by following.

Many on the left claim that Citizens United created/invented Corporate Personhood, and that this makes Corporations=People, and this new power puts our political system "up for sale". They're frighteningly wrong on all counts, and most are highly resistant to Historical, Legal and Logical facts. But this article does a fly-over of this history of Corporate Personhood, Citizens United, and why I politically distrust anyone that decries the ruling. Civil War and Slavery -

As the Jewish Marxist Walter Benjamin said, "History is written by the victor", which is another way of saying, "don't believe what you've been told".

When I hear people talk about the civil war and slavery, it reminds me of a movie, "Abe Lincoln: Vampire Hunter", because I often feel that's as based on reality as their perceptions are (they were believing what they'd been told). A few facts that escape their version of the telling:

History is rich and complex, not this shallow flat "good vs. bad" or the North was righteous and the South was evil bullshit. Since I care about the uncomfortable truths, more than the comforting fictions, I often discuss these things. Not to diminish what happened, or deny the points of either side, but by remembering the truth of what really happened (from both sides). Of course, since my family came to America, long after this, I have no dog in the fight, and can look at it more objectively than many. But if we care about learning from history, we first have to give up our comforting fictions (caricatures) and learn what really happened.

Is America exceptional? Yes. In so many ways. Those that can't recognize that, like many on the left, are demonstrating an anti-American bias that it out of touch with reality. Examples include: first country to give the world a people's Constitution, a Bill of Rights, to have the people govern, the only country to protect the right of self defense (2A), the least imperialistic for how much power we had. We fought a civil war to free another people (the slaves), and fought most of our wars to protect others: Europe from the Nazi's, prevented the USSR from taking over Europe (Cold War), freed the Iraqi's from a tyrant, stopped the enslavement of Korea and slowed the enslavement of South East Asia from the communists. The most philanthropic, and one of the most open to trade. We had the most entrepreneurial freedoms. We pay more in healthcare in order to subsidize the world's medical innovation (over half is done by the U.S., more because of our free market). We gave the world more than any other country in economics, culture, science and technology: from the Internet to microprocessors, going to the moon, Smart Phones, Search, Social Media, various drugs and medical innovations, the airplane, and so on. No other 5 countries combined have done as many innovations because our economic and personal freedoms, our capitalism, and our willingness to invest in making the world a better place. That's not just jingoism, that's recognizing an exceptional global performance.