Tired of suppressing my whiteness 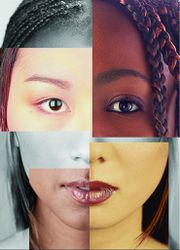 Salon ran a stupid race-baiting article by Priscilla Ward, but I know, I repeat myself: it was Salon. Still, her racist polarizing diatribe, made me want to retaliate in kind, re-living a few true tales of woe and racism in my past, in a parody of her article. Not to cry "poor me" or to pretend my victimhood is the only one that matters (as she is doing), just to point out there's a whole lot of backstory in others lives that we may not know. From my working in South Central L.A., having multiple black roommates, to having a black step Dad, or from despite looking white now, I was an Arabic looking kid, that dealt with racist bullshit from whites (or Asians or Latinos)... but far more from blacks (despite far fewer interactions).

Parody of a parody

You can read it, or not. But using her tone, and flipping her stories to a few true ones from my past, here's a little parody of her epic whine:

My point is not to attack people for their complaints about race relations. Nor to convey the hundreds or thousands of good racial interactions I've had in my life. (Far more good than bad). But just to remind people that it cuts both ways. I could see everything through the lens of racist tropes if I wanted. I choose to ignore race, since it's a made up construct anyways. If I avoid a person, it might be because they're obnoxious, too much the drama-queen diva, or because their culture/personality makes them annoying to be around. But none of that is because of their race, it's more personal than that. It's about who they are.