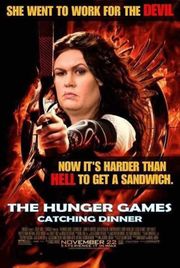 WhiteHouse Press Secretary. She does an excellent job, and puts up with idiots and the appropriately named JIm Acosta (but I repeat myself), much better than I ever could.

The co-owner (Stephanie Wilkinson) of The Red Hen (Lexington, VA) is a Pussy-Hat wearing Social Justice Warrior. Stephanie saw White House Press Secretary Sarah Sanders dining at her establishment with a small group (including members of her family), so she did what many far-left hate-mongers would, and asked Sarah to leave because she worked for an "inhumane and unethical" administration. (This was over the Cagegate issue, where Republicans were trying to discourage human trafficking and illegal immigration). Sarah's party left and went across the street to dine while Wilkinson called friends to stalk and harass Sarah's group, because that's what being a tolerant liberal looks like to her.