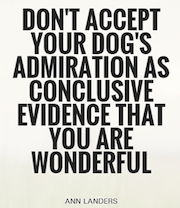 The three things (Russia, Trump and Wiretapping) are intricately tied together, in ways that reflect poorly on the mainstream media, and those who believe that media. Remember this sequence:

We know that: Paul Manafort and Carter Page were both illegally wiretapped: those wiretaps were illegally gotten based on the Obama Administration cronies lying to the FISA Courts by claiming the FBI/CIA had vetted the material, and not revealing that it was all based on the Hillary paid-for Dossier. Those warrants were then used to spy on the Trump Campaign, and the information they gathered was then used to charge Paul Manafort with crimes unrelated to Russia Collusion/Obstruction, and also used to illegally unmask American Citizens, and illegally leak that information to the public'. Right before this happened, Obama had changed the rules for seeing this top secret information (unmasking) information, which made it easier to leak these secrets and harder to track who did it. Top candidates with access were Obama appointees John Brennan, Susan Rice, or Samantha Power. We do not know how much criminal sharing was going on (back and forth), but we do know Obama lied in saying that he wasn't following the investigation, and some clandestine communication was happening (from private texts from Peter Strzok and Lisa Page). We also know that Bill Clinton got caught lying about an "impromptu" clandestine tarmac meeting (that was later shown to be pre-planned) with the Obama's DOJ (Attorney General Loretta Lynch), where they said they just "talked about grandkids" during the hight of Hillary's email investigation. Uh huh. CNN or the NYT have either avoided as much of that context as possible, or actively attacked anyone that questioned the motives or actions of these impeccable sources.