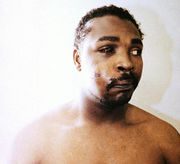 Truth: There were many cops on the scene (of all races). Rodney King was a drunken and drugged out idiot, with a history of violence and crimes, that sped away from the police (which is a major threat to the community), then wouldn't submit to being arrested, he attacked the police, got tazed (electrically stunned) and still charged them again -- so the cops beat him to the ground, and then told him to lay down and submit to being arrested. He would NOT submit to being arrested and got up and charged again (and again), so the cops beat the holy hell out of him. Which is exactly what the cops would have done to a big dumb white guy, or an Asian, or Hispanic, or native american and so on. But because he was black, some stupidly claimed that this was racism.

At worst, it was a police abuse issue -- but there was never a single thing presented that made it a racial issue -- except in the minds of the media, racists and race baiters.

My experiences with cops

The first Rodney King trial found the police not guilty of recklessly endangering Rodney King (to the point of it being attempted murder).

Was letting the white police offers go, racism? I don't think so. The District Attourney dropped the lesser charges (of assault, excessive behavior, and so on) as a way to try to force the jurors into convicting the police of a far harsher crime than they were guilty of. The Jurors were presented with deciding whether the Cops went out there to knowingly assault Rodney King and violently disregard his civil rights to the point of trying to kill him. That didn't fly -- after all, the Cops kept pausing in their beating, and yelling at Rodney King to "lay down" and submit to being arrested, and he kept getting up -- so they would hit him some more (with clubs). That wasn't attempted murder, or they wouldn't have stopped. Even the prosecutors experts admitted that it was really only the last 10 or 15 seconds that was excessive (out of like 2 minutes) -- but everything before that was according to proceedures. So the first jury wisely decided that the cops were not guilty of what they were accused of.

The way the media responded was to incite racial anger, polarize the issue, and compound the problem -- helping to encourage the L.A. Riots which followed the aquital. The media almost never stressed the DA's decision to throw out the lesser charges. They never mentioned that the police would have (or have) done similar things to people of other races.

Everything else was racism

It was a bunch of ignorant inner-city people attacking the establishment, and in a fit of brilliance, burning their own neighborhoods down. It showed the great problems we have in our inner-cities, and the incredible ignorance, lack of morality, and attitudes about opportunism that exists there. Because they targeted Korean properties and "white establishments" first, that certainly hinted at racism.

Beatng Reginald Denny for being white, in the wrong part of town, was closer to overt racism. The assailants admitted to beating the "white guy", and that they were angry at "whites", over the verdict. That was racism. However, there is no proof that Reginald didn't say something stupid (and his brain damage means he'll probably be sure of what happens). The worst he could be guilty of is not realizing how bad a situation he was in.

The second trial (by the Federal Govt. against the police officers) was racism. The police officers were convicted of crimes far harsher than they were guilty of, to appease the communities: they might as well have of burned them at the stake for being witches. The black community could not be reasoned with, they demanded blood, so the city paid by sacrificing a few virgins: unjustly convicting some for the good of society. (Or so the rationalle goes). The jury was not about to consider anything other than "guilty", because they had seen the results of the first trial. So it was more an example of politics in our justice system (or our justice systems shortcoming), than it was an example of racism. If the jury was going to be harassed for letting a White, Latino or Asian off, I suspect they would have decided "guilty" as well.

It helps to remember a few things:

One good thing I can say about him, is while he was a flawed individual, and was the person most responsible for the actions that happened to him on that night (and kept happening in his life), he never called for violence against the police, or anyone else. So he might have had a substance abuse problem that ultimately destroyed him, he wasn't a violent person -- just really dumb under the inebriants he kept seeking out.