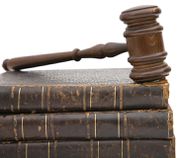 There’s an oft repeated fallacy that “all we want it a few more ‘reasonable’ gun laws” but ((the NRA, evil republicans, gun-nuts)), won’t be reasonable. However, the first thing we need to do is define, "what’s reasonable”?

Imagine you’re building or customizing a gun from parts, you need to be aware of at least this subset of rules/laws. 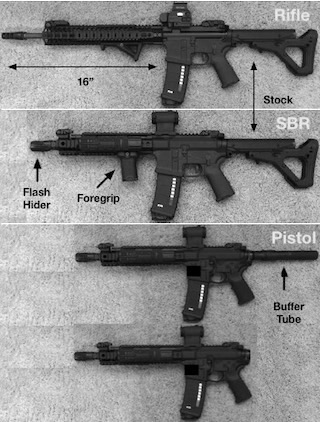 So far, not to bad. Except there are exceptions to all those rules that you also need to know:

That makes no sense

There’s no logical consistency that applies:

And then it gets nasty

California and NY and some other Democrat states always adds a side of stupid on top. They have multiple other rules to make it messier:

If you’re trying to get more reasonable gun laws, that presumably makes us safer and still let shooters enjoy their sport and history of guns, then explain how these laws do anything useful to stop accidents or mass shootings or how any of them are “reasonable”.

None of these laws do anything to stop or slow criminals or mass shooters from getting SBR's. A thug can buy the pistol upper and slap it on a rifle lower in 10 seconds, or takes about 5 minutes with a hacksaw to cut a barrel down. And it’s already illegal for convicted felons to buy guns at all. So these laws do nothing to stop or slow criminals who want short barreled rifles, and they haven’t outlawed them. You can get just about anything, if you know which hoops to jump through and what forms to fill out. Thus, none of these laws are “reasonable”, as they've done nothing to stop any criminal from doing any of this, you’re just punishing law abiding folks for doing what cops and criminals already can. It’s not reasonable to punish the innocent, and do nothing to stop criminals.

So what you should be noticing is that these laws are moronic: they’re designed by mental midgets, for people that don’t know the basics of what they’re talking about. They can’t slow criminals, they can only annoy legal gun owners, or turn otherwise law abiding gun owners into criminals. Which they do all the time. “We don’t want your guns", we just want to make you a criminal for owning them. Even 300 year old antiques.

Which does what? Beyond teaching the informed to have contempt for our laws and gun-controllers for passing them, it does nothing. Then when the gun-advocates dig in on future “reasonable” gun controls (because the last batches were so stupid), the gun controllers have tizzy-fits thinking that it was the gun-advocates that were unreasonable, and not realizing it was backlash against their own stupidity that has hampered progress.

Licensing is where the government takes away your rights and leases them back to you for a free. That’s what these laws do. Along with persecute some legal gun owners (collectors and sport shooters), and turns them into felons for doing something as evil as not knowing that you can’t put a vertical brace on a pistol, or hold it to your shoulder, and you must learn to take your guns apart (or order parts) in the correct order.