Q: Why did Russia interfere?

Q: Why did Russia interfere? 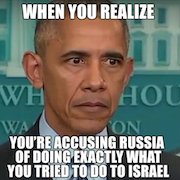 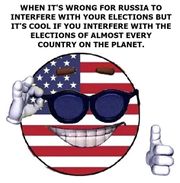 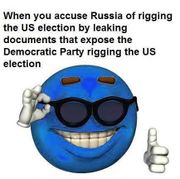 A: All countries try to influence (interfere) in other countries elections. We interfered first. There is no room for the moral high ground or outrage. This is nothing new, nor was there evidence that they were extraordinary in means or success. Allies and enemies alike, spy, hack, and even try to influence elections. America interfered with 81 countries election in the last few decades, and Obama administration interfered with elections in Russia, Ukraine, Israel (Netanyahu), the U.K. (Brexit), and Germany (remember hacking Merkel's phone)? Russia was just doing back to us, what we'd done to them first. And any agency that omits that isn't trying to inform their base. That isn't whataboutism, that is about 70 years of historical precedent.

So while more has been leaked to the public -- everything known has been known since mid-2106. Before the election, Obama said Trump should stop his whining and there was nothing to see here. This only became an issue after the election, because it was politically advantageous for the Democrats to make a scene. If Hillary had won, is there anyone who believes Obama would have had this tantrum or the Democrats would be calling for investigations? If you believe that, then you're a rube. Democrats would love Trump to start a conflict or worsen relations with the world's biggest Nuclear power, just to gain votes - but the DNC's interests are not America's interests.

So knowing all that, what should we do? We already slapped sanctions, Obama threw out 30 Russian diplomats (only after Obama was a lame-duck, and in order to try to sabotage relations for the next administration). Trump responded harsher to Russia than Obama has. Now we improve or infosec (information security) and move on or we escalate towards war. Pick one. We should certainly slap Russia if we find them doing something new. But tantrums over things 2 years old, where the worst they did is tell the truth about Democrats, is just stupid.

Are those high crimes and something we should prosecute Obama for? Because if it's not wrong for us to do it, then it isn't wrong for them to do it back. Pick one standard.