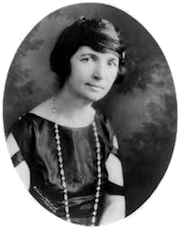 I don't care if you like or hate Margaret Sanger, but if you're a vocal proponent of her, and her views, you should probably remember that you're supporting a vocal and caustic racist, classist and eugenicist. (The good comes with the bad).

The sum of her beliefs seems to be that her mother died partly due to stresses on the body by bearing too many children, and so she had a bit of a crusade against that, and that each child had to be worthy of the risks involved -- and that birth control was better than Abortion, but abortion was better than birth (as viewed pragmatic risks to the woman's body). Along with the broader view that some races/individuals were inferior to others, and humans should be bred (and inferior ones prevented from being born) in order to improve the human livestock.

To her, it was a bit of a moralist position -- better to kill brown babies and mental/physical defectives sooner rather than later: e.g. before they grew up to be thugs and burdens on society (as well as mothers bodies), and to have to clean up the messes they were or caused. She thought of this as a moralist position, as did many of her contemporary racist/eugenicist progressives at the time (and since). Though many have gotten a lot more cautious about publicly admitting it.

That being said, there are many misquotes associated to her that are exaggerated her views, so one needs to tread carefully, if we want to stay on the right side of truth.

While many of those misquotes were edited/summarized versions of what she felt, and completely fit her beliefs, if they are not accurate, we should abort them from attribution. Even if she never denied them, and her friends and contemporaries felt that they were believable substitutes/summaries for things she did say. Implying she believed something might be a valid opinion, but saying she said it, when she didn't, is not.

So there are quotes like, "More children from the fit, less from the unfit -- that is the chief issue in birth control", which both completely summarize her views accurately, and she never had a problem with the attribution or protested it (and it was done in 1919, so she was well aware of it), it's still something a writer said she said, and she did not originally say it (even if she thought it). But then, she used a ghost writer her entire life, so there's probably lots of things attributed to her, that she wasn't articulate enough to have come up with herself.

In her plan for peace, it lays out the rules she'd have enforced, and would have lead to the extinction of the species, if enforced:

So I don't care if you like her or hate her. But she was a ruthless eugenicist, that felt humans should be bred like cattle, or culled like weeds. And certainly that the poorer your family, or if you came from lessor races, then the more these rules should be applied, for the good of humanity. She thought that was humanitarian.

There's no doubt that she was an extremist by today's standards, and more so by her own. And if you're celebrating her, her life, and her views, than you might be buying into more than you bargained for. Rational people can both support birth control, Women's clinics, and still be appalled at the extremism of her views and what she (and her supporters) represent.