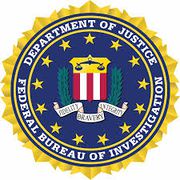 After getting caught throwing political enemies to the IRS, Hillary was allowed to recommend a close Clinton friend, Craig Livingstone, for the position of Director of White House security. Then Livingstone was investigated for the improper access of about 900 FBI files of Clinton enemies (Filegate) and the widespread use of drugs by White House staff, suddenly Hillary and the president denied even knowing Livingstone, and of course, denied knowledge of drug use in the White House. Following this debacle, the FBI closed its White House Liaison Office after more than thirty years of service to seven presidents.

Basically, Craig was using his "Security" role to have the FBI investigate anyone they suspected of being an adversary (and the IRS conincidentally audited a highly overlapped list). This included Linda Tripp and Kathleen Willey, and many G.O.P. files. After a few investigations showed that only Republicans or enemies of the Clintons were targeted, Hillary blamed Craig for a simple "bureaucratic SNAFU". People familiar with the Clintons were still dubious. But alas, lost documents, forgetting relationships, knowing nothing about what was going on under their watch that just happens to target Clinton's political enemies? They might be innocent, but there sure seems to be a pattern.