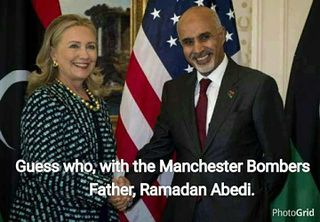 You'd think that Alinsky, Cattlegate, Whitewater, Travelgate might be red-flags that Hillary has a lousy record for picking allies. But Bill was giving Hillary make-work when he became President (to give the impression that the First Lady mattered or keeping her busy while he hit on interns), thus the task of finding allies and appointments fell to her. How did she do?

Basically, if Hillary considers you, you should run, swim or fly to get as far away as you can: odds are, you're going to prison.