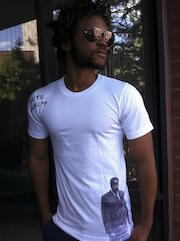 It was a completely unbalanced piece about Churchill. I had a passing knowledge of Churchill's dark side (as well as the rest) on my readings of WWII and History, so his hit piece hit me as suspiciously unhinged:

No one doubts that Churchill was a bloviator that often let his mouth and acerbic wit get ahead of common sense and make enemies. And that when in conflict he was an all or nothing kind of guy. And I'm a fan of remembering the balances and the whole man, the good and the bad. I've mentioned MLK"s philandering, communist ties and hypocrisy, or Gandhi's racism and ridiculous plans for Swaraj, and so on. So a little counter-balance is good thing. I was hoping, when I saw the title, that this would be a little of that. But this piece was an unbalanced misrepresentation by an equally unbalanced radical. I started noticing misleading context and lies of omission, like this:

Churchill was also a staunch proponent of the use of terrorism as a weapon of war... Churchill remarked that he simply did not understand the “squeamishness” surrounding the use of gas by civilized Great Britain as a weapon of terror. “I am strongly in favour of using gas against uncivilised tribes, it would spread a lively terror,” he remarked.

A quick google search showed the context of the quote as:

I do not understand this squeamishness about the use of gas.... It is sheer affectation to lacerate a man with the poisonous fragment of a bursting shell and to boggle at making his eyes water by means of lachrymatory gas [called Teargas today]....The moral effect should be so good that the loss of life should be reduced to a minimum. It is not necessary to use only the most deadly gases: gases can be used which cause great inconvenience and would spread a lively terror and yet would leave no serious permanent effects on most of those affected … We cannot, in any circumstances acquiesce to the non-utilisation of any weapons which are available to procure a speedy termination of the disorder which prevails on the frontier.

Churchill wasn't advocating for terrorism in innocents, he was advocating for the use of non-lethals (like teargas) to quell disorder and save lives. You can easily disagree with that behavior -- but it's quite a different context than the author offers.

There were comments about "Churchill did not invite a single Arab to the conference" to the 1912 Conference in Cairo to determine the boundaries of the British Middle Eastern mandate. First, that's false, members of the Hashemite family: King Hussein and his sons were there. And second, why weren't more there? That region was a bunch of warring nomadic tribes, and any one you invited would piss off all the others (and would not divide it fairly). Any that showed up would be blamed by all the others and attacked, and inviting representatives from all of them would have been impractical. So giving Arab rule to the current Royal family of the region, seemed reasonable. Even if wrong, it was not the racist implications that the author presents it as. And not offering that context shows this author as a fool or fraud. (Either he doesn't understand the region and motivation for the decision, and shouldn't be writing on the topic... or he does and is intentionally misleading readers).

I spotted others, and read about the context, and it was always a half truths, at best. To be fair, Newspapers don't always give you the column inches to be as fair and balanced as one likes (and they're better than Newscasts, which are worse). But these are website articles. He's a researcher, he could cross reference and link his sources, put in a word or three about context. Anything to offer any balances or context. He chooses to be liar and polemic instead.

Yes, Churchill was a bit of a snob towards the superiority of Britons -- but judging him by that today's standards is a fallacy called Presentism. Churchill's contemporaries, both in the countries he was talking about, his own (his allies and opposition), and abroad (like FDR) were often far worse than he was. That doesn't mean you have to like Churchill either, but have just a little respect for the balances. You can't rip quotes out of Historical context, not offer any balances, and pretend to be objective.

So I was curious about this sham journalist, and quickly found he was an African anti-Imperialist activist, with an axe to grind and willingness to distort history to do so. And I don't mean he's African (he is)... I mean he's an activist on African (and middle eastern) issues, that detests the west, and is willing to propagandize for his agenda. So if you want Obama's Dad's view of the world, you can turn to folks like this, to give you a conspiracy theorists, anti-Western/anti-White view of anything. It's about as fair as the KKK's writings on the local bar mitzvah, but hey, even the hyper-partisan are entitled to their opinions. We should just understand the biases of the authors when reading them.

A quick scan found other equally absurd half-truths, such as:

The guy is proudly modelling a Robert Mugabe T-Shirt (he was a supporter of), to let you know where his allegniences lie: with a corrupt one-party rule "democracy', using a security force trained by the North Koreans. A leader that was racist against whites, runs one of the most corrupt nations in the world (163rd out of 176 countries), and was oppressive, and lead to the countries economic free-fall (according to the Economist). But he's an anti-imperialist, with a predilection to distort things for his ends, and that's what I suspect Garikai likes about him.

Well, at least I now know the name: Garikai Chengu, completely biased activists, who is a misrepresenting polemicist that deals in half truths. He is to Journalism and History what Thomas Piketty or Paul Krugman is for economics, and probably proud of it.