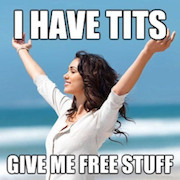 There's good feminism, and there's bad feminism. Good feminism is feminism that exists to empower women (I support it). Bad feminism looks to tear-down men, attack cultural norms, and remake society into a matriarchy, under the idea that the Jr. High School mean-girls clique can run society with peace, love, and harmony, in ways that rapey-males never can.

I want my female friends and family to live in a harassment-free environment, be treated respectfully, and have every opportunity that men have... within reason. But the fainting couch Feminists will divide us for political gain and ignore that America is one of the best countries in the world for Women and Women's opportunities, and is looking to take offense at everything, no matter how small the slight. They don't want equality, they want inequality in Women's favor to make up for past wrongs. So they see sexism everywhere -- and the only solution is to give them more money and power to oppress anyone that doesn't agree with them. That, I have a problem with. 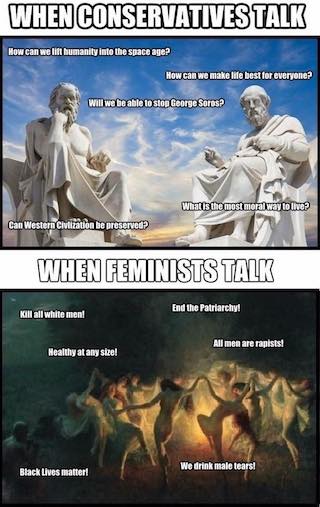 The list of grievances goes on and on. It's refreshing to see that some feminists can criticize the failings of their own groups or fight for equality without trying to make all men the villains. But sadly, that's an exception. It's not the anti-feminists that are trying to silence feminism. It's that after hearing them attack stupid stuff, in dishonest ways, and trying to crawl to the top in victim culture, there's a natural backlash. And the NewFeminists are trying to tell anyone that disagrees to shut-up. Which is a hint to where the problem is.