Economics of lies, and fidelity 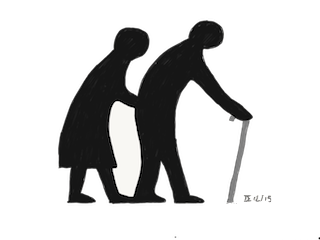 My mom's family was Italian, and they always had a loose relationship with the whole truth. It was more a fluid concept for them, where the truth was the best story you could sell -- or that if you repeated an embellishment long and hard enough, then success (acceptance) was proof of validity. From as long as I can remember, I recognized it and didn't like it. Not one bit. For me, the economics of a lie applied: in order for a lie to be valuable, it had to be trusted, or for that to happen, it had to be used as infrequently as possible. It helped form me into being a more honest person (with myself and others), and my self-righteous crusade against those who would fictionalize the past or present.

I started my teenage self-righteous (black and white) view of the world, somewhere around first grade.

Much to the consternation of the story-teller, I would exclaim, "I was just there too, that isn't how it happened". The more "color" was added to tales of unjust persecution at the hands of some errant waitstaff or a slow salesperson, the more righteous indignation grew in the bowels of my being. How dare you murder the truth? And it wasn't just the superficial stuff, whole stories about my life (who I was, where I came from, etc) were slowly revealed to be creative fictions, based loosely on a true story at best. (My family was from Hollywood, after-all).

Somewhere in my early teens, I heard a story of marriage and fidelity that stuck with me: it somehow resonated with my id, ego and superego. And it went something like this:

OK. Ignoring the added punchline, and realizing that I never made that deal with my loving wife... for good reason, as she would have burned hers with Taye Diggs in the coat-closet at the Emmy after-party (let's just say, putting up with watching some of his movies has been very good for me). Still, the core message stuck with me, since my teens about human nature and the economics of psychology (and our flawed natures).

Lies are too valuable to waste

The reason the story sort of stuck with me, is because I'd made the same deal with myself about lies.

Thus, I sort of developed the motto of "don't lie on the little things, because you might need that credibility-currency for something really important"; like that dead hooker you woke up next to, or something like that. Now THAT'S worth burning a lie or two for. And if you're known for never telling lies, you might just get off. Again.

Now, that choice to save my lies, made my life a little more difficult, and me a little more obnoxious. Especially in my 20's, when I wouldn't comply with a bro-code (and lie for a buddy that was trying to bag a Betty).

Hey, if I wouldn't lie for myself, I definitely wasn't going to waste one on someone else. And my ethos made my life harder than it needed to be. When cornered on things I didn't want to admit, I would still admit them: figuring there's always some even worse revelation I might want to shelter myself from, on a rainier day.

Eventually, I learned a bit more about balances, and wiggle room in the little traps of life (along with how to pick my words far better). I got really good at pedantic interpretations, and precise wording, so that it wouldn't technically be a lie, and save my lie-currency for the alibi when someone disappeared after driving too slow in the fast lane or something. Thus, I always felt by allowing myself to lie, and saving my lies for the important things, has made me a much more honest person overall. Fake it, until you make it? Or if you practice something long enough, it just might become who you are.

And that's why I could never be a good politician, but I try to make a pretty good pundit. Of course, some might say I'm fabricating the whole thing -- but based on each of our records for truthfulness, who are you going to believe? Me or them?