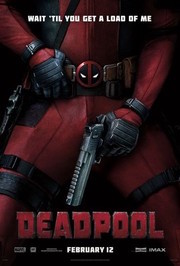 The movie was worth watching for just the opening credits, where they spend a couple minutes flying through a 3D fight scene (in still motion), mocking everyone involved with the film, while slowly giving you enough context to realize what's going on, and about to happen, in an homage to the graphic novels from whence it spawned. Later it goes to live actions and you see the scene in real time. The stopping the scene during the money shots, gave it a graphic novel feel, if you like snuff films (magazines).

The actual storyline was a tad choppy, doing the flashback, present tense, back and forth story-telling, that I'm not sure I completely liked. It worked, but felt choppy. That's made up for by the writing, and generally the cinematography, choreography, and bibliography. It worked, in it's own way: though my movie partner felt it was a little repetitive in the middle.

What you can tell from the teasers kind of sums-up the film: typical boy-assasin (anti-hero) meets girl, molests her (and vise versa) in high definition, then gets cancer. The cure turns him into a teenage mutant ninja avocado (with complexion issues), and regenerative immortality, so he has to find his bliss and figure out who he wants to kill to make his life complete (which seems to be just about everyone).

I'm not sure I'd be comfortable with a late teen seeing it: not because they haven't said worse, but never so quickly and so creatively. (I just don't want to hear it endlessly repeated, like Rainman doing Filthy-Monty-Python lines). And you need to understand, that as a pre-teen, I'd memorize profanity poetry so I didn't use curse words, but mult-stanza potty-mouth-prose. There were sailors in the row behind me giggling, and a couple of teenage mean-girls taking notes for their next cyber stalking victim. Even being well read in the ways of Urban Dictionary, and a pre-teen nickname of "the dictionary, there were a few things I needed to look-up. So everyone is going to have their vocabulary expanded.

This role was made for Ryan Reynolds, and he played it perfectly. And Morena Silva de Vaz Setta Baccarin could bring viagra-less wood to Stan Lee (who did his required cameo as a strip-club DJ, and that just about sums up the entire film). Heck, all the casting/acting was on target. And the continuous pop-culture references made me bust out laughing a few times.

So the movie worked: if you're a teenage boy at heart, or can at least laugh at their deep-dark sense of humor. It alternated between violent, and funny, with the witty repartee of a pissed-off white-trash crack whore. Now I actually preferred both Kick Ass (for originality/shock-value) and Dogma, though I'm going old-school with those memorable mentions. And I don't want to over-sell it. It's a good strong 4 out of 5 stars, but dragged a little and became a little redundant. I basically thought of it as a Marvel version of Quintin Tarantino film, if QT had any latent talent post Pulp-Fiction. If that doesn't sound appealing to you, you should probably avoid this one.