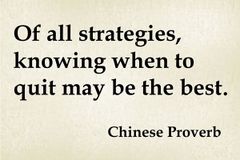 Again, I lasted a bit over 3 years on a 6 month contract. And again, it turned out I made many friends and one enemy -- but one wrong enemy is all it takes (especially as a consultant). So I left on less than optimum terms: with one enemy and many friends. But when they tried to make me look bad after I was gone, it backlashed, and Karma exposed my detractors as not very bight big-mouths.

I've had many Women bosses, peers and subordinates since then, and problems with very few of them; this wasn't one of those times. Let's call this one FiFi because one of my favorite Aunts is named Margaret, and I don't want to further stain the name by association with Fifi.

You've heard stories about women like her. She came into Rockwell from college with no experience, few skills, and quite a few assets. By wearing short slit skirts, pumps, and a push up bra with chicken cutlets, she was able to ga-ga the air force, and so proved of some worth. A walking cliché, with no powers over me -- probably because I felt the paper shredder had more sex appeal. But she started doing long lunches and dinners with one of the married bosses (who was quite a few rungs up the ladder) -- and before you know it, she was getting to the top by being on the bottom. We're all prostitutes: doing a variation of something I like for money; so I had nothing against her for that. Heck, it's good to be good at something - and since she wasn't wasn't the sharpest tool in the shed, she just opted to be the tool sharpener.

You'd think they'd be discrete; but you'd be wrong. They were traveling together, took lunches together, long meetings with the door closed (and grunty noises), and they even came to work in the same car when the bosses wife was out of town. If discretion is the better part of valor, these two were yellow-bellied cowards.

My problem with Fifi was that after a while, she started getting more and more obnoxious. The power was going to her head, and she was turning into a real screamer; and not the good kind. The people that had reported directly to Fifi, had this whiteboard with a list a couple dozen names that had left the team or company because they were fired or had quit directly because of Fifi; but they kept it in plain view, just because they said it was out of respect of parted comrades. She never correlated that they were only the people that she had personally driven out.

I had just delivered a milestone, and were basically in the "twiddling our thumbs" phase - waiting for things to be validated, before we shipped or went on to the next part of the project. So we were, ummm, I guess the word for it is bullshitting. We had a few days, and had gotten off a big push, and had nothing else to do. So Roger (my boss and her peer) and I were talking about all sorts of stuff; little of it work-related. But we had days to kill, my documentation done, and just had to mark time. I was burnt on doing any more make-work projects, and I'd gotten reamed for helping others too much.

Well, Fifi decided to come over and attack me in front of a lot of people. "What are you doing bullshitting, you should be fired for laziness" and stuff like that. I smiled and said, "lets go to your office". I went in there, and left her to follow in stunned silence.

When we got in her office, I closed the door and I let her have it back. "Lady, I don't report to you, here's where we're at, and don't attack me because you're having a bad day -- I'm not your whipping boy. So if you have a problem with me, call me in, and tell me what I need to do to fix it, and I'll do it -- but you will treat me with the respect you expect me to treat you with." I guess she'd never been called to the mat before. She turned pale and got very apologetic. She understood she was wrong, and things were fine. I was a good worker, and so on. No big deal, bygones. So I went back to work, and everything was fine.... And if you buy that a two-faced person would be above board and sincerely sorry for being unprofessional, then you are as naive as I was.

The next work day (Monday), Roger called me into his office. I guessed what was going on, and said, "Did you get me 2 weeks [notice]?" He said "yup". I replied, "thanks for fighting for me". (Consultants are at will -- so two weeks notice was their way of saying "thanks for a job well done"). Consultants were meat; and Fifi was a carnivore. I was tired, had done my three years, and ready to go anyways. So I finished up my stuff, trained some of my replacements, and left a couple weeks later; while the glib backstabber got some personal satisfaction out of her revenge, it only cost her and the company tons of money.

Ironically, my early leaving cost the company a fortune.

After I left, they had a simple bug with the networking module that I had worked on, that came up in a couple cases. Of course they didn't read the reams of documentation that we had to write for Mil. Spec. Instead they opted to put another consultant on it. One that got along with Fifi well (being that he was a lapdog himself).

He looked at what I wrote (without actually reading the comments), and felt it was way more complex than it needed to be. Why had I written a complex packeted network protocol with timeouts and so on? He felt it would be easier to rewrite it as a simple serial transfer protocol, and could do so in a month.

Then he couldn't get it to work; and spent another month with another consultant trying to debug it. Then he gave up, and brought a third consultant on it, and they spent another month trying to get their new code working. All while a major project was being delayed, and they were impugning my reputation for the delay. (This is all his fault, that we can't get our code working).

A few consultants there were still friends of mine, one of them asked me what's up. Over lunch I explained why I had done it with a whole network stack for a simple serial transfer in the first place: the hardware designers hadn't wired the serial cable correctly (and refused to fix it). So there was no signaling to slow throttle the sender, which would overwrite the receiver, and shit the bed. Since we couldn't fix the hardware spec (the cabling), I wrote a network stack to throttle the data and validate each packet to prevent data loss. It was a brilliant hack... and they were lucky enough that I had figured out the problem in the first place (by bringing in a signal tester, and validating the cable was wrong, after I couldn't get it to work). Of course all this was in the documentation/comments, which nobody had read in 3 months of delays.

Once again, delicious karma happened without my intervention.

Fifi and her lapdog (the first consultant) had been bashing me and my code, and trying to soil my reputation -- but after months of being unable to get it working, my friend pointed out in a meeting what he "found" in my documentation (that the cable was broken) and that none of them had bothered to read the documentation. And thus, they had to eat crow, admit that my solution was right all along and go back to using my code (with a minor fix), and admit that their egos and laziness had wasted hundreds of thousands of dollars in delays. And that 4 people who had worked on the project hadn't discovered the problem that I'd figured out, and worked around, a few years earlier.