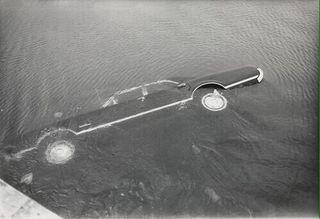 Chappaquiddick: where Ted Kennedy did an amphibious assault in the "War on Women", and the Democrats to this day, will make excuses for it. The FakeNews NYT and AP will still whitewash the story for the Democrats and pretend it was a accident instead of a conspiracy and a coverup of manslaughter at best. [1]

The basics of the story are this:

Drunk driving (or "driving to endanger") that ends the life of a Woman, and then going home and not reporting it would get anyone else charged with manslaughter. But Democrats obstructed those attempts multiple times. And to this day, propagated it as a tragedy and attacked anyone who disagrees, and kept re-electing him and putting this champion of women's rights into the Senate for another 40 years.