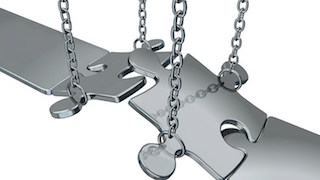 To understand San Francisco and the bay area mentality, it helps to look at a tale of two bridges. The Golden Gate and the Bay Bridge.

The original bay bridge cost $77M for the whole damn thing, and a competent retrofit was estimated to be about $400M, so they spent $6.4B for just the smaller eastern span. After all, it's not their money. Compare this to the entire San Mateo bridge (and widening) cost $270M in 2003 for scale, the Transbay Tube (the bart tunnel under the bay) only cost $180 million (you could have done 28 of those). But California democrats never hold government accountable for wasting money, and then blame Texas for attracting all their refugees (people and companies).

When the Golden Gate bridge was built, costs mattered a bit, and they were looking for a bargain design to drop it from $70-100M it was estimated to cost. And eventually they settled on a design that cost $37M. The construction took 4 years (from 1933-1937), and came in $1.3M under budget. In today's dollars, it would cost about $1.2B to construct. So it goes to show that the state wasn't always inept, and if we had common sense like we had back then, we'd have a lot more successful public works projects today.

Of course, the original promise was that once the bridge was paid off it would be public property and free for all to use. And, of course once it was paid off in 1971, and San Franciscans forgot the promise, and the price of tolls not only didn't go away or down, they increased from the $.25 in 1971, to the $5-35 that they are today. In fact, the yearly amount collected in tolls ($102M) is roughly 3x the cost to build the bridge in the first place (non adjusted).

So the way it works, is the public paid for it, now they get to pay more for the rights to use what they already paid for (well beyond any maintenance costs). Fuck you very much John Q. Public, a politicians promise is only worth as much as the publics willingness to hold them accountable. So as long as Californians keep re-electing the same folks, from the same party, they're going to get the same results.

Around the same time (actually, completing 6 months before the Golden Gate) was the Bay Bridge. It cost $77M and was far more ambitious project with two large spans, it required tunnels, worse geography to build a bridge (soft muddy bottom), and so on. This got built to span from SF to Oakland.

Then in 1989, we had a large Loma Prieta earthquake, which caused the upper deck to fall to the lower deck in one place. The city spent umpteen billions retrofitting the west span. But of course they got very excited about spending other people's money and totally replacing the East span.

A full retrofit that would have made it earthquake proof, would have cost $200M to fix the bridge, but the look would have remained largely unchanged. So it was decided that "a few hundred million more for an entirely new span" would be a bargain, it wouldn't take much longer, and would reduce the long term maintenance costs. So they got right on that $400M project in 1989.

Don't know much about Arithmetic

Well, as California and the Bay Area proves time and time again, there's no opportunity for spending other people's money that can't be abused. By 1995 (6 years later) they really started the project in earnest. And the cost had leapt to $1.3B, a lot more than the $200M the retrofit would have cost: but honestly, they'd make it up in the long term. Really. So they used that as an excuse to raise the tolls on all the other bridges and tunnels to help pay for the $1.3B. It would be finished in a few years and people would be happy.

Well, it did open last year for the bargain basement price of $6.4B, or about 32 x the cost of the retrofit.

They chose the California way. They're not looking at cost benefits, or looking out for the taxpayers needs, because there's no problems with spending other people's money. It's all about creating something big, with their name attached to it. And they care more about petty issues, than costs. And I'm not even getting into the flaws of the design like the bad bolts on the new bridge, and so on.

What a wonderful world

Needless to say the rest of the state is less than enthused with having to fund boondoggles that they will likely never or rarely use.

Don't get me wrong, it's a nice bridge, finally. It took 15 years, almost 4x as long as the Golden Gate, and it cost 5x as much. And it was only half the Bay Bridges original parts (there are two spans that make it up, this is only one of them). But the important thing is while the state already collects $642M in tolls (to pay the $255M in maintenance, for all 7 toll spans they own). Their argument is the $6.4B they spent is a bargain, since this will marginally reduce the maintenance on half of one of those bridges. Why I figure we're saving $18M/year in maintenance costs by creating the new bridge (1/2 of the per bridge maintenance costs). Which means we'll hit break even over the retrofit in about 700 years or so (seriously). But that's assuming a low interest rate, and ignoring opportunity costs of capital, or it could be worse.

Technically, the tolls were already collecting 2.5x what we needed to for maintenance, and the excess toll profits for the last 15 years (in the name of creating this bridge) could already total as much as $5.8B, what do you think the odds are that they'll reduce or eliminate tolls when they reach the actual price of the bridge?

So the way it works is the state charges us (well beyond maintenance cost) for getting to use what we paid to build, on public land. While the Occupy Oakland folks decry the evils of Corporate profiteering, in the face of the far worse government profiteering. Gosh, thanks Politicians. With successes like this, I can't wait to see how the high speed rail turns out.