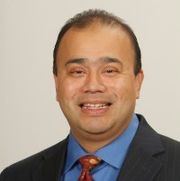 John Marshall Law School, Chicago Tribune. Arthur Acevedo made a statement that any fact checker would have caught as moronic, if only the Chicago Tribune had any. What did he say that was so dumb? "For safety: the first bullet in every cops gun should be a blank"

A blank can not operate a semi-automatic weapon. It's not that Acevedo made a bone-headed mistake that a few 9 year olds would know better. It's that we have University professors and Chicago Tribune writers, who don't know the first thing about the basic operations of a weapon, or impacts of a policy, and that qualifies them in their minds (and the publications) to comment as an expert, and forgo the fact checking.

Blanks cause what is called a "malfunction" where the gun doesn't load the next bullet.

So ignoring that the guy doesn't understand how a gun works, we still get to the point where there are cases where the cop would have to shoot twice, while the criminal would only have to shoot once. This would end up with many cops dead. He may be willing to sacrifice cops lives, but I suspect they might disagree.

Plus, all cops would just learn to double-tap (shoot twice really quickly), because they know they can't trust the first round. That habit would transfer to other shots. Once that skill (muscle-memory) is burned in, you'd have MORE bullets fired, not fewer.

This does nothing to help public safety, the safety of cops, and you get dumber by just listening to the proposal.