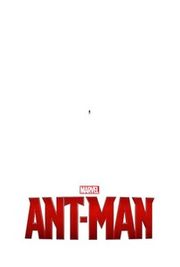 You don't go to see Ant-Man to see a deep and meaningful movie. You go to see zany comic-book action and special affects, littered with one-liners and silly comedy. And that's what you get.

Scientist Hank Pym resigns from S.H.I.E.L.D. over protecting his Ant-Man shrinking technology. He is driven from his company by his former protégé and estranged daughter (who are developing a Yellowjacket version of the same suit). Meanwhile a good thief Scott Lang just gets out of prison to hang with his old-cellmate Louis, but can't keep a job because of his record, so he goes back to stealing... where he stumbles onto Pym's suit of maximum shrinkage, is later arrested giving the suit back, and then later Pym helps him use the suit to escape. From there on it turns into classic action film with Scott trying to use Suit-A to steal Suit-B (Yellowjacket). And the subplot is that Pym has lost his wife when she shrunk to sub-atomic level, and no one comes back from that. But during the fight Lang had done that and come back... so Pym is pondering if his wife is still alive and recoverable.

It's not deep, and it's not meant to be. It's humor over the silliness, with OK dialog and humor. You won't walk away enriched, but you can waste a couple hours on something that isn't horrible.