There's this common myth that Air Rifles ("BB Guns" or "Pellet Guns") are toys, however, while they don't have quite the velocity of our top of the line modern rifles, they easily exceed black powder rifles that brought down buffalo and won the Revolutionary and Civil Wars. People hunt Buffalo and Elk with them, and they have no problem going through humans. Fortunately, since the gun-ignorant don't understand their threat, they aren't highly regulated (one last bastion of liberty, for now), and mass shootings and crimes are usually committed with gunpowder-based weapons. Which makes them especially popular in countries/place with hoplophobia.

People that argue that the 2nd Amendment was for muskets, and think they only had single shot weapons, have no idea what gun technology was capable of, then or now. One of the most impressive guns of the revolutionary war era was the Girandoni air rifle that the Austrian Army, Thomas Jefferson and Lewis & Clark all had. It was a .46 caliber repeating air rifle, that could fire 22 shots, be reloaded from a straw (with musket balls in it), and then do it again. About 40-44 rounds in a minute. Then you replaced the air-tank / stock (in 10-15 seconds), and could do it again, and again. Basically, 120 shots in a few minutes. As for the idea that airguns are just toys, it had ballistics similar to black powder guns of the day, and they used it to kill bear and elk. Lewis & Clark would show it off to the Natives whenever they came across a new tribe. The Indians were so intimidated by the firepower that they thought the gun was magical: it could fire so many round (putting holes in trees and boards) without smoke or reloading? They were so freaked out, they never thought about attacking the Lewis & Clark expedition. It turns out the Founding Fathers knew perfectly well where the technology was going, because they had seen it. But producing the air tanks was difficult and expensive, and the guns were fragile, with the technology of the day: so it didn't scale well. You could arm 20 soldiers for the price of one of these, so the ideas were mostly abandoned for nearly a century.

In 1882, Walter R. Benjamin created the Benjamin pump air rifle - unlike the toy BB guns of the era, the dart or pellet gun this was meant for serious target shooting and small game. In 1947 the Sheridan air rifle company was an upscale and higher performing variant, agains to fill the gap be modern .22's and other pellet/BB guns. Benjamin acquired Sheridan in 1977. And Crossman acquired Benjamin in 1994 -- so they're all the same company now, with slight variations in history.

Growing up in the 70's, I had a Crossman pellet gun for a brief time -- but I wanted something more serious. So I bought myself a Sheridan Blue Streak air rifle -- and I lived on the game that I shot with that gun: Rabbit, Squirrel, Dove, Quail, Duck, etc. I loved it. I could touch pellets on a target, or could hit a penny at 25 yards, all day long. It was the elephant gun of pellet guns in the 70's, and while it doesn't have quite the stopping power of a modern .22 rifle, you could easily kill raccoons or coyote's with it. I tended to only shoot things I ate: so more duck, rabbit, quail, and dove -- and a pellet would easily go through a rabbit lengthwise. I took down game at 150 yards, and a few cases where I shot 2 birds with a single bullet (intentionally) by lining up the shot to go through the first bird and kill the second as well.

Modern day airguns aren't just for BB's and target shooting: people use the .30, .45 and .50 caliber versions to hunt big game with. There's even an .82 caliber (20mm) gun which could take down an elephant. 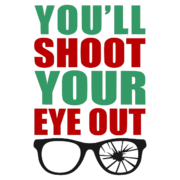 For Christmas (2018), my wife bought me a toy for Xmas (with my guidance): a $2,000 BB gun. Actually, an FX Impact, PCP air rifle -- a .30 caliber, competition class air rifle, with suppressor/silencer ("moderator') built-in. Basically, a modern bullpup Girandoni -- with about twice the velocity (but a smaller .30 caliber bullet). It's very similar to the air rifles used for shooting in the olympics. Though at .30 caliber, this is a versatile cross between hunting and target shooting.

Ironically, since airguns are not a technically a firearm (it doesn't use "gunpowder) there's virtually no regulations on them, so you can have silencers and get around other silly laws, like length of a rifle, pistol grips, form factor, and so on. And in cases of the zombie apocalypse or some such, having a gun where you don't need bullets (just pellets that you can make) turns out to be handy. The upside to these is incredible accuracy, quiet, and inexpensive to shoot, they shoot many times on a single charge -- and pellets are lighter and smaller to carry around than bullets. The downside is they're expensive, and the "PCP" means they use Pre-Charged Pneumatic tanks -- which you have to get filled with special equipment, or pump up with a bike style pump before using (figure about 100 pumps for every 40 shots). So you have to add in the cost of a hand pump ($80-240), electric pump ($500-1,500), and/or a large scuba like tank to recharge your gun ever 30 or 40 shots ($300-600). But recharging a tank and pellets is still a lot cheaper than bullets.

The Girandoni and some older black powder guns of the era shot at about the 500 fps (feet per second) range, though some black powder guns went up to 1200 fps or so. Stopping or killing power is a combination of accuracy (helped by length of barrel), velocity (which slows by distance, especially with lighter bullets), along with cross section and mass (size/weight of the bullet, measure in grains / gr). The force measured is often in ft. lbs of energy (FPE) or Joules -- but the truth is high energy can wound, and low energy can kill, depending on shot placement. And the heavier bullets slow down less over distance, so don't lose energy as quickly. So specs can be a bit misleading if you aren't factoring in accuracy.

While some modern rifles have a lot more "energy" delivered, the majority isn't lethality, but overkill and range. My napkin math is you need 50 fpe to kill a human (or less) - but the more power you have the easier it is to miss an exact target (say a head shot) and still kill quicker. But it's mostly about ease of hitting a target and range. Slow bullets drop more over a given distance -- so you have to calculate for that drop and shoot high. Faster bullets drop less -- so it's easier to hit at a longer distance. The same with weight of bullet -- the heavier the bullet (and smaller diameter), the longer it will travel before slowing down (and dropping), and the less wing usually effects it. So modern big guns are mostly about extending the range from 100 yards to 400 or 500 (or more). Even thought the majority of game, and even military kills are taken at 125 yards or less.