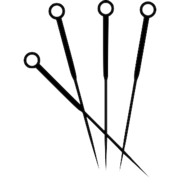 I liken a lot of religions (Eastern Religions as well), to my philosophy on Eastern Medicine (Acupuncture/Acupressure).

My Western explanation of the Eastern system is the following:

Westerners can focus on the flaws of the explanation, and discount the results. "It's all bullshit mumbo-jumbo". But the results can still work, even if the explanation for why is wrong. (Because the methods to get there: trial and error, were still valid).

So in acupuncture, I poke here, I got this result. Write that down for future use. If it works often enough, you have something.

Whether the explanation for why is right or not, doesn't change the efficacy.

So they created this system of meridians, pathways, Chi, and organs that don't exist. Like many models, they're both wrong and right. The explanation isn't technically correct, but sometimes two errors in an equation (or two bugs in some programming) balance each other out, and your model is both wrong and still works at the same time.

So who is smarter the guy that gulps it all down (the wrong with the right). Or the guy that rejects what does often work, because the explanation has errors?

For Western religions it is similar. I don't believe in Jesus (as a Messiah, beyond being a great symbol of an ideology that became a religion, and then told fables about his life). I don't trust first century man to record history perfectly, and all the generations of editors after, to not to add their biases/superstitions/exaggerations to the stories that try to teach valuable lessons. But I do believe that people that believe in Jesus find a certain peace in their faith and the role models they choose whether the Bible is flawless or perfect or not. I do believe many of the lessons they teach are probably the right ones (or were in the ballpark).

So who am I to go peeing in their cheerios?