2nd Amendment was about the militia 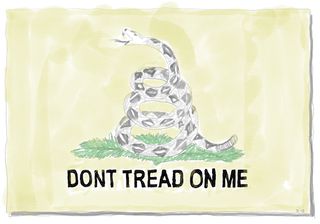 There are a few fallacies, invented by progressives in the 30’s and 60’s to try to enact gun control and pervert what the Constitution and 2nd Amendment means. When the left can't win the argument based on the logic and facts, they try to reframe it and change the meanings of words. So the constitution was part of a “living document” delusion, that you can change meanings by make-believe, without following the actual letter/intent of law. They prey on the ignorance of their base, and the lack of understanding in English, History, and the Constitution, to pretend that the 2nd doesn’t mean exactly what it meant for the first 200 years, and suddenly 150-200 years later, they found secrets that no other historians have ever found a scrap of evidence of :

But all those were not only not recognized for the first 150+ years, but they’re been completely refuted by Linguists, Historians, Legal Scholars, and common sense. Gun control laws can be argued and debated, but there is no real doubt as to what the Second Amendment meant. And those who repeat a false claim they heard once, are just being foolish (not researching because it fits their confirmation bias). Anyone that’s looked knows how discredited those theories are. Those who repeat them after knowing that (or deny it), are just liars.

I've heard many people try to distort the 2nd Amendment so that, "guns should only apply to those who are in the militia” or that it’s a people (plural) right and not an individual right, or other linguistic gymnastics, to proclaim that the 2nd doesn’t mean what English Scholars, Legal and Constitutional scholars, and the authors (in their own writings) intended.

What does militia mean? 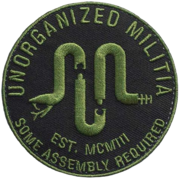 Words change meaning over time. The militia means what it meant at the founding, not what the word evolved to mean today.

At the time of the writing, the definition of militia was, "The whole body of civilians, that are NOT part of the regular army”. Since the Guard/Reserves are part of the regular army (or reserves), they are the unorganized militia (which was everyone else). Basically, anyone old enough to defend their home, town or country (that was not in the army already) was the militia.

But even today, the meaning hasn’t changed as much as some think. Some people mistakenly think it means reserves or National Guard (established 1903, and subject to federal control) — but since those didn’t exist at the time of authoring, there is no way it could have been the type of body envisioned by the framers. Today’s legal definition is, the "militia" consists of "all able-bodied males at least 17 years of age”, with a few exclusions for medical, mental or job deferments (by their choice) (10 U.S.C. 311 and 32 U.S.C. 313).

You don’t have to take my word for it, there are multiple Constitutional rulings and the words of the authors listed below more...

Is the 2nd dependent on being in the militia?

❝ A well-schooled electorate, being necessary to the security of a free State,
the right of the people to keep and read Books, shall not be infringed. ❞
1st Amendment written as the 2nd Amendment

Another common wrong-headed argument is that "you’d have to be in the militia to qualify for the 2nd’s protections".

But they’re failing at English and what many English scholars have said about that argument. The "well regulated militia" phrase is an "nominative absolute” phrase which can be ignored. It is merely explanatory (descriptive) and dependent on the rest of the sentence (not the rest of the sentence is a dependent clause on it). Since you ignore nominative/descriptive clauses, the 2nd can be read, "The right of the people to bear arms shall not be infringed.”

"Shall not be infringed" is not the type of wording one puts in, when something is conditionally dependent on something else. more...

Is the 2nd a collective (not individual) right

A recent distraction is, "before the NRA got to it, the 2nd Amendment wasn’t an individual right". That somehow this a right of the people (plural: meaning the collective), and thus not of individuals, thus the people can regulate it away. (The milia is "us", so "we" can say that "you’re" not the militia as an individual, and thus you don’t need your gun). However, six relevant Supreme Court decisions have recognized that the Second Amendment guarantees an individual's right to keep and bear arms, not a collective one. There aren't really collective rights enumerated in the Constitution.

The problem is pesky history: the reason the bill of rights was created is because in the ratification of the Constitution there was fighting over the wording of the enumerated rights of individuals. So they agreed to ratify the constitution AND get the bill of rights to enumerate what the individual rights were. So the whole reason why the Bill of Rights (including the 2nd) was written was to protect the individuals rights from the government. The Framers understood the concept of a "right" to apply ONLY to individuals. more...

What about well regulated?

Well regulated, at the time (and for 100 years afterward) just meant "something being in proper working order”, well calibrated or functioning as expected. But even if we pretend that it did mean “government regulated” (which it doesn't), it would still be irrelevant, because it was part of a nominative/descriptive clauses, and thus whether the people should be able to keep and bear arms so they can choose to be part of a militia or not, doesn’t change that their right to do so, "shall not be infringed".

A column from Sept 2001 (National Review Online) explained the basics of why the Militia hasn't been superseded by the National Guard. On 09/11 who prevented United Airlines Flight 93 from reaching its target? The National Guard? The regular Army? The D.C. Police Department? None of these had a presence on Flight 93 because, in a free society, professional law-enforcement and military personnel cannot be everywhere. Terrorists and criminals are well aware of this — indeed, they count on it. Who is everywhere? The people the Founders referred to as the "general militia."Cell-phone calls from the plane revealed that it was members of the general militia, not organized law enforcement, who successfully prevented Flight 93 from reaching its intended target and saved the lives of many others, by sacrificing their own. That's why the general militia is better than the organized militia, and always will be. We used to call it civic responsibility. more...

❝ How strangely will the tools of a tyrant pervert the plain meaning of words! ❞
Samuel Adams

Gun controllers may want to revise the Constitution, and fortunately for them, there are ways to do that (like Constitution Referendum, or an Amendment). They’re welcome to try. I’ll resist, and if they succeeded there would be civil war, but at least be honest about it.

If we value the Constitution and rule of law, then we have to respect and defend their intent, not distort them because some wished they meant something else. You can’t be for perverting the law, and then claim they support the rule of law when it suits you. So men of integrity must fight these vapid arguments, because if we allow the perversion of our laws for convenience, then our Constitution and Laws mean nothing (and the liars and bullies win).

Gun control laws can be argued and debated, but there is little doubt as to what the Second Amendment meant at the time. The folks that used a poisonous snake as their flag, saying “don’t tread on me”, in the context of fighting a war which was partly about their gun rights, put in a guarantee to that liberty. And no rational person believes their original intent (in that context) was to write something so vague, that a future bureaucrat could lawyer their rights away, or that you could only own guns if you were in the governments militia. This isn’t just my opinion. This has been ruled on by Linguists, Historians, Constitutional Scholars, the Supreme Court (6 times), and by the authors themselves. Thus there’s no intelligent ambiguity on these topics: any fuzziness was only invented in the 1960’s (≈200 years later), by the disingenuous hippies, and only repeated by uninformed gullible rubes. Repeating it once, makes them a fool. Repeating it after being schooled on it, makes them a fraud.