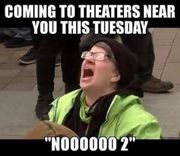 The Blue Wave falls far short. Election results are coming in, and what did we learn? (Knowing that you probably shouldn't over-read too much into any one election). Well that the Democrats, Media and #Resist movement, didn't get what they wanted and promised. Trump held up far, far better than Obama or Clinton did in their first mid-terms: especially with those he supported or supported him. Obama and Hollywoods efforts were self defeating with high losses and few gains. And this despite being what should have been a much weaker election for Republicans because they were a divided and somewhat ineffectual house for the last 2 years (with #nevertrump'ers diluting and dividing things, unlike the Democrats historical lock-step goose stepping). So while we end up with some serious losses for civility and intelligence with Nancy Pelosi, Maxine Waters, and their ilk making noise and playing the foils as evil rulers in the house -- this actually gives Trump someone to legitimately point fingers at that isn't FakeRepublicans/Conservatives in his own party.

(1) For the last 2 years the opposition media has been promising a blue wave and to #resist an America First platform. While that worked to drive more money into the election, it was FakeNews. - We had an atypical first mid-term.

So in the house we saw weaker than normal Democrat/Opposition support, in the Senate we saw stronger than normal Republican/Incumbent support -- and in Governors we saw a shift that put them mostly back to normal representation. This was far from what the FakeNews had promised, especially when you look at the big money races. 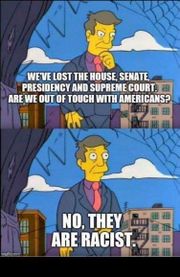 (2) The majority of the big money far left candidates that got National Money and attention: lost Bigly. So more than the local wins of a few congressmen, there were big national losses of Senators: Beto(Tx), Nelson (Fl), liked Tester (Mt), Sinema (Az), McCaskill (Mo), and the losses of Governors Gillam (Fl), Abrams (Ga), and the crushing of Donnely (In), Cordray (Oh). There was some Democrat victories like Rozen (Nv), Walker (Wi), Kelly (Ks) -- but this was overall a drubbing of the left/medias promises.

(3) Local versus National - it is highly normal that people vote Democrat for local Representatives, and Republican for Senators/President. Your State/Federal Government is all about what can they take out of your community and give to the fed -- while your local government is all about trying to get back to your community some of the money/power that the federal government took away. Or at least that's how many think or feel about it. It's not completely true -- but it's typically how people vote. Governors work sort of the same as State execs as Presidents do federally: are they Democrat and wanting to centralize more state power at the cost of local control, or vise versa?

However, it's important to remember that elections are often local and personal. People will vote against their interests if they don't like one person or like the other. They will often vote the incumbent just to keep the status quo (even if they don't like it -- but like the alternative less). There's a lot of little local issues or personality quirks that can flip folks. And many places like Massachusetts, Chicago, or the coasts will just always punch the ticket for the most corrupt and inept Democrat in the race.

(4) Leftist Celebrity and Hollywood Lost Big - despite trying to throw the biggest bombs and names they could into the culture war, virtually all of Hollywood or Democrats celebrities and hardest fought battles went down in roaring flames. 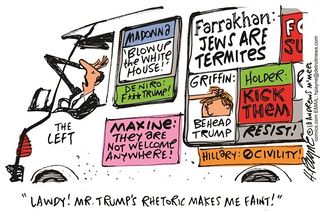 (5) Trump's support had a better record than Democrats - Trump focused his energies on the Senate, and most of the people/places he supported won, to incredibly high turn-outs for mid-terms campaign rally's. (Indiana, Missouri, Ohio) -- though (D) Manchin in Wv did survive, barely, he also voted for Gorsuch and Kavanaugh. While congressmen were more likely to keep their distance -- and more likely to lose.

(6) The Kavanaugh Disaaster - Schumer/Feinstein's Kavanaugh stunt cost them the Senate. The Democrats that made the biggest stinks and voted against Brett Kavanaugh, all lost: Donnelly, Heitkamp, McCaskill, Nelson. The one Democrat that voted for Kavanaugh survived (Manchin). [3] So the Democrats and their Press got their pound of flesh in the most vile Supreme Court Stunt since FDR tried to stack the court... even surpassing Bork and Thomas. But the voters seemed to have held them accountable for it: or 5 for 5 (1 in 32 chance) was just a pure coincidence. 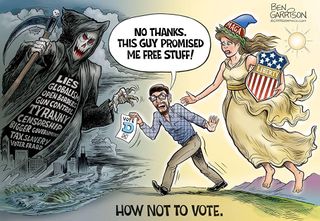 (7) California's decline - with the exception of rent control, basically every opportunity to increase taxes on individuals, burdens on growth and the poor, has passed in California. Again. The divide between Hollywood (L.A.) and the Bay Area versus the rest of the state, is stronger than ever. And the divide between rich and poor in California will only get bigger. But I think of California as taking one for Team America. All the loonies we put up to represent us, and all the examples of our policies, serve as a warning to the rest of the nation. If you want Republicans to win, just give Democrats what they ask for, and the outcomes are so horrific that all non-partisan Democrats can learn and grow from their example of how not to. So California (and New York, Chicago, etc) are still serving their purpose in life: which is to serve as a warning to others. 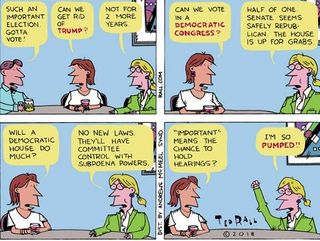 Despite a strong headwind and historical norms, and despite a broken party -- with the Republicans being far more the big tent and divided party than the whip-cracking and herd flocking Democrats (that voted virtually 100% the party line under Obama), the Republicans fared much stronger than the media and left had been saying for the last 2 years. Way better than Obama or Clinton did in their first mid-terms-- but that's not how the Democrat media will spin it.

The Republicans lost in a few places -- but many of them were RINO's (Republican In Name Only). And a few of the Democrats that won or saved their spots did so by either being moderates or pretending to be. With the exception of a few looney's in places like the Bronx or Commieforinia -- and them playing the extremist foils to the President, are baking in an excuse for everything that goes wrong, which practically guarantees 2020 for Trump. (Though 2 years is a long ways away).

We'll have Pelosi and the Democrats (Waters, Schiff, Elijah Cummings, Ocasio-Cortez, and so on) screaming, lying and distracting with more of their #resist America campaign, and some faux impeachment (maybe) or investigations (at least). But all of that is going to convince sane Americans that the crazy democrats (their words) are not exactly toning down the rhetoric and uniting the nation. All of their agenda will be for Democrat Tribalism and intersectional hatred, and against Nationalism (uniting the country beyond race/ethnicity/tribe). So this may have been the best outcome for Trump2020 that he could have wished for. [4]