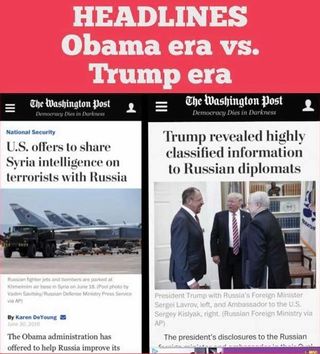 WaPo invented a story that Trump leaked highly classified information to Russian ambassador. Ignoring that Trump has the ultimate authority on what is classified or not (so he can't be guilty of leaking), the head of National Security was in the room and said it didn't happen. WaPo never retracted their "scoop", despite no evidence to support it.

Contrast the difference in headlines between handling of Trump and Obama on the same exact topic... do I get a strong wiff of bias and double standards?!

The big secret was... that Islamic Terrorists might be planning to use laptops to make bombs for airplanes -- something that WaPo and other papers had printed multiple articles about weeks earlier. (Yeah, that's a secret).

Here's a quote from the ranking National Security Advisor H.R. McMaster on the scene:

Here's a quote Secretary of State Rex Tillerson, also on the scene: 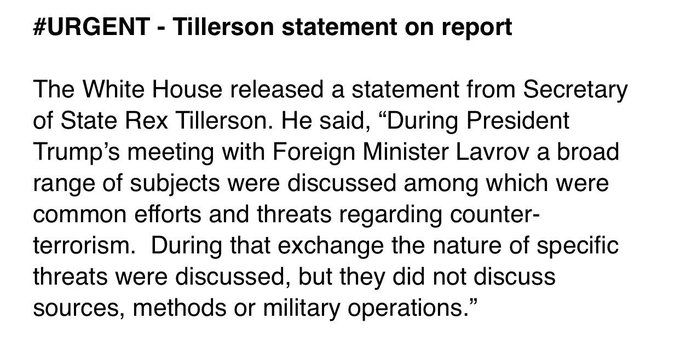 Who are you going to believe, the Secretary of State, our National Security Advisor, the President and common sense, or the Washington Post?

Still waiting for a retraction/apology.