1981 🚘 Paved Paradise and ran me over in a parking lot

I'd been hit by a car three times in roughly a year. After that, I was more than a little paranoid about cars.

Dreams of El Camino's with big toothy grins coming to get me, or visions of people flattening station wagons kept me from sleeping soundly, or walking casually anywhere. (Seriously, after the 3rd one, I had some PTSD). This was compounded by events like a neighbor girl riding her bike in front of our house and getting hit much worse than I ever did; concussion, paramedics, internal bleeding, hospitals, coma and all that. She lived, but I'd gotten the message; cars hurt, drivers are morons... so be on your toes.

And for the next couple years I was much more cautious and not going to get hit again. And for a while, it worked. Then one day, I was walking from my High School to some place across the street for food, when it happened again.

I was walking on the sidewalk: against traffic, just so I could keep an eye on that damn cars.

I was crossing a driveway that went between a strip-mall and a major road. I saw some guy in a Camero (or Trans-Am) coming from the stip-mall towards the street, we made eye contact. I glanced over and saw that the road was clear, but cars were coming, and I heard his motor speed up a notch. What went through my mind was, "didn't we just make eye contact two seconds ago?" and "What part of me being between you and the major thoroughfare don't you understand [expletive deleted]?"

I didn't have time to jump out of the way; he was trying to make it in front of the cars, and had forgotten about me, or just the laws of physics.

I had just enough time to hop a little up on his hood; which I hit with a pretty good whump, and slid up to his windshield. At which point being face to face with me, it finally sunk in to him what was going on. His solution was to slam on the brakes.

Remember the law of physics and conservation of energy? An object at rest stays at rest unless acted upon by a fast moving Camaro. And an object (see person) in motion on a Camaro tends to stay in motion in a straight line, even when the car that launched him into motion decides to stop.

Well I got experience both sides of it; the rapid acceleration of being hit, and the human catapult effect when he stopped but I didn't.

I was scrambling to hang onto something as I realized what was happening; and I broke (bent) his windshield wiper as probably had fingernail marks all the way down his hook as he successfully launched me into the middle of the road.

If you remember back to about 2 seconds ago in that time, there were cars coming; and now I was flying and rolling in front of them. I was in the road, and kind of scrambling to avoid becoming a flat-cat.

The car in the fast lane was skidding and stopped, the car in the slow lane went wizzing by my head. Fortunately, I was in the fast lane. The cars behind had enough room, so stopped, while I scrambled out of the road, and was fine. I dusted myself off, and cleaned up my scuffs in the Del Taco bathroom (my original destination). I was scraped up, but nothing some Jalapeno Nachos, a Burrito and some Soda couldn't make better. Despite the wild ride, I was less battered then the last 3 times.

The guy in the Camero had split (hit and run), never to be seen or heard from again. But trust me, I was looking for a Camaro with a bent wiper for quite some time after that; intending on giving him a firm lecture on driver safety, and what to do when you see a pedestrian... by carving it in his hood or doors.

Stuntman for a day 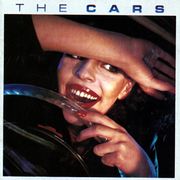 Every time I see some movie with a guy riding on the hood of a car, and the bad guy trying to shake him off, I think, "Hey, I know EXACTLY what that feels like". I experienced that for an entire lifetime one day; even if it only lasted for 2 seconds I real time. I always think when seeing those scene's, "tap the brakes you moron, and he'll fly like superman", trust me, I know.

The moral to this story was that just because people see you, doesn't mean that they really see you... or care enough to really stop. And if you trust them to, then you are as stupid as they probably are.