Everyone is biased, I'm open about mine, so that people can decide if I'm right in spite of them, or where I go wrong (if they disagree). It started in 5th grade when I learned early that the School textbooks and teachers were indoctrinating me with lies (spin). The Italian part of my family was dominant, and that was the normal operating behavior: believe your own lies (self delusion), and repeat them to others until they believe them too (it didn't help that many were in sales). Then I noticed it in movies, TV, books, and Newspapers. The more I looked into everything I was being told, sold or cajoled on, the more bullshit and bias I became aware of. So cynical skepticism (distrust of what I'm told) was ingrained early, often, and imperfect skepticism served me well in most topics I dived into.

While I'm not easily sold on conspiracy theories (it's too hard to get people to agree, or keep secrets), I am on people's ability to delude themselves and sell those lies to others.

Cause of the Civil War 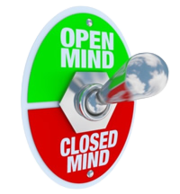 One of the next things I found conflict with was about was the Civil War and Slavery and Honest Abe Lincoln. The same shallowness was being applied to the Civil war. They were telling me that it was all about stopping slavery, the Noble North against the evil and greedy slavers in the South, and how Liberty won out, and how great a President Lincoln was (the Great Civil Rights advocate, that believed in the equality of Blacks), and so on.

My curiosity was piqued, and I went to the Library and started studying the real civil war. How did the other side feel about it? What was the truth (or the rest of the story). And I was giddy with finding out all the stuff that I wasn't being taught: Lincoln was a racist (not an abolitionist). The North offered to let slavery exist forever (the Corwin Amendment) if the South came back: they declined. The South offered to give up slavery if the North let them go: they declined. The first shots in the civil war were fired over taxes and tariffs (Morrill Tariff), not slavery. Lincoln won without carrying a single electoral Vote from the South, and that's why South Carolina seceded... for the second time: taxation without representation. At best, Slavery was one of many catalyst and symptom of far bigger divides. The school book and teachers were again, crap. (You can read some of the details at: Civil War and Slavery)

I wrote this into a report many years beyond my grade level (with footnotes and citations)... and how do you think the teacher took it? If you guessed angrily, you would be right. Turns out bureaucrats didn't like things that challenged their dogma. It led to a big fight, because I wouldn't accept a C- for what was A+ work, and eventually I prevailed -- if by prevailing you think of it like a 11 year old and getting your grade fixed, but having a teacher hate you for the rest of the year. Experts without balance weren't experts, they were just close-minded bullies -- and I hated bullies. This led to a lifelong distrust of those who couldn't argue intelligently (understand the nuances/subtleties).

History class (and others) were full of bullshit. And I started to notice a pattern: the more conforming with left leaning or progressive values it was, the more the lies (spin) became obvious with just a cursory glance at the facts. There was certainly some spin the other way too, but it was pretty obvious in degrees, that there was a pattern. I was being taught Howard Zinn's propaganda (A People's History Of The United States). It wasn't just that it was dumbed down, it was that it was getting spun -- rarely totally pro-U.S. flag waiving tripe, or more often the completely anti-U.S. and pro-progressive kind of tripe. Kids were learning to regurgitate truths that just weren't true. And I would get punished for knowing more, researching more and arguing the other side of truths that were being squashed under the jack boot of 1970's Hippie Tolerance.

The more I read, and the more I brought this stuff up with teachers or friends, and the more hostile reactions I got to them, the more I knew which side I wanted to be on. And that wasn't going to be the side defending herd-think and political correctness over truth.

The teachers were often idiots or liars, the kids around me talking about what happened were gullible rubes that didn't check out the truth, so willfully repeated lies. To the point that if you corrected them, and showed them hard evidence, most didn't care. They were married to the lies they were told. If they re-thought any one thing (just because there was overwhelming evidence), then they might have to question and re-think everything: easier to deny or beat up the kid that challenged them (did I mention I hated bullies?). The truth was just too big for their puny minds and egos to handle.

It only got worse as I got older and watched more history happening. The lies ran on and on.

Basically, the canned view of many stories was overly simplistic. But the ones that were the big fictions were the ones that got cemented in my psyche as proof that people who just repeat party lines, or what they were taught in class, were not as smart as they thought they were. The ones I always thought were smart, were the ones who found holes in "common sense", or that challenged common knowledge -- like I did.

So History has multiple views: and both sides are not always equally valid.

Those that only understood one sides views, were more ignorant than someone who understood neither. At least the latter knew they were ignorant, while the former were convinced they were righteous. I vowed to not be that guy.

Don't get me wrong, I don't think I'm the only person with a clue. Quite the opposite. But there's a huge difference between thinking I know more than everyone else, and knowing that I know more about the folks who only read things from the one side, and are 100% convinced of everything they've been programmed with. Those know-it-all ignoramuses are easy to spot, because they often use a megaphone, and probing questions brings out the worst in them: their inner bullies trying to beat down any variance from herd think. And as I've mentioned before, I don't like bullies.